These individuals served in various capacities to extend and define the Curriculum and shared their expertise throughout the  early stages of the project: 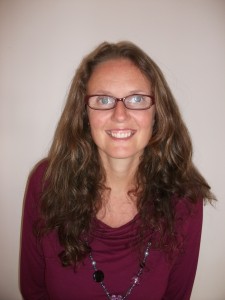 Meriel Stokoe provides research support to the Salzburg Curriculum. With over 15 years as a museum professional, Stokoe as experience managing museum collections, designing and implementing museum exhibits, and developing education and outreach initiatives.

Stokoe has worked with museums and libraries in the United Kingdom and United States, including the Burke Library, Union Theological Seminary, New York, the Beacon Museum, Whitehaven, UK, and Kendal Museum of Natural History and Archaeology, Kendal, UK. She holds a Masters in Museum Studies from Leicester University, UK, and a B.A. in Archaeology from Nottingham University, UK, and is an Associate Member of the Museums Association, UK.

Stokoe is a firm believer in the importance of volunteers within the museums profession, and has volunteered at several institutions, including the Solomon R. Guggenheim Museum, New York. She is currently an active volunteer at the Museum of Science and Technology, Syracuse, where her focus is on education and outreach. 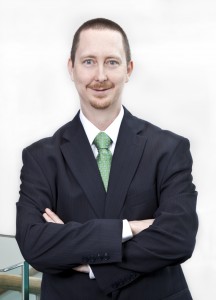 Robert Stein is the Deputy Director of the Dallas Museum of Art (DMA). Appointed in 2012, Stein helps lead the DMA’s active programs of Education, Technology, and Research. Prior to his role in Dallas, Rob served as the Deputy Director for Research, Technology, and Engagement at the Indianapolis Museum of Art where he pioneered new research methods and ways to engage audiences through creative applications of technology. As a result, the IMA became widely recognized as a leader among museums in the use of media and technology. Under Stein’s leadership, the museum launched the IMA Dashboard in 2007. A pioneering effort that supports and encourages transparency among museums, the IMA Dashboard has since been released under an open-source license for the benefit of other institutions. A long-time leader and technical innovator behind the Steve.Museum social tagging project, Stein continues to advocate for user-generated content that can be usefully integrated with museum practice. In 2009, Stein and colleagues launched the award winning video website, ArtBabble.org that brings together 33 prominent cultural organizations creating a true destination for art video online. Stein serves on the board of the Museum Computer Network, the advisory board of the NMC’s Horizon Report for Museums, and the International Program Committee for Museums and the Web. He continues to be active in writing and speaking on topics related to museum technology, transparency, and strategy. 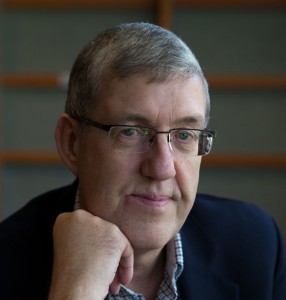 Ross Harvey is on the faculty of the Graduate School of Library and Information Science, Simmons College, Boston, a position he has held since 2008. Before joining Simmons he was the inaugural Professor of Library and Information Studies at Charles Sturt University, Australia, from 1999 to 2008, and he has held positions at other universities in Australia, Singapore, and New Zealand. Visiting Professorships at the University of British Columbia, 2008 and the University of Glasgow, 2007-2008 allowed him to observe first hand current digital preservation practice and participate in digital curation research.

Ross Harvey’s current research and teaching interests focus on the stewardship of digital materials in libraries and archives, particularly on its preservation, and on the history of the book. He has extensive experience in research projects in Australia and the U.K., most recently with the Humanities Advanced Technology and Information Institute at the University of Glasgow and the Digital Curation Centre. He has published widely in the fields of bibliographic organization, library education, the preservation of library and archival material, and newspaper history. 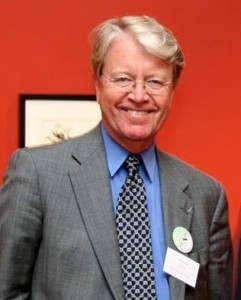 Dr. Gary Vikan will retire as director of the Walters Art Museum on June 30, 2013, after 19 years of service. Dr. Vikan’s vision was the driving force behind the renovation of the Centre Street Building in 2001, and the contextual reinstallation of the museum’s ancient, medieval, and 19th-century collections. During his tenure Dr. Vikan secured three major collections, and has assembled at the Walters the finest collection of Ethiopian art outside of its native country. Two hallmarks of his directorship have been the change in the Walters’ name from “gallery” to “museum” in 2000 and, in 2006, the elimination of its general admission fee.

In 1999 Dr. Vikan was appointed by President Clinton to his Cultural Property Advisory Committee, a post he held until 2003. He was honored by the French Minister of Culture and Communication with Knighthood in the Order of Arts and Letters (Chevalier de l’Ordre des Arts et des Lettres) in 2000, and currently serves on advisory boards for the Getty Leadership Institute and the Department of Art and Archaeology, Princeton University.

Trained as a Byzantinist, he has published and lectured extensively on topics as varied as early Christian pilgrimage, medicine and magic, icons, neuroscience and aesthetics, and Elvis Presley. His most recent book, From the Holy Land to Graceland: Sacred People, Places, and Things in Our Lives, is scheduled for publication in October 2012; that same month, Postcards from the Walters, a selection of his radio shows on the local NPR affiliate, will also appear. Dr. Vikan is adjunct professor at the Johns Hopkins University, Department of Art History, and a faculty member in the Johns Hopkins University School of Continuing Studies. A native of Minnesota, he received a B.A. from Carleton College in 1967 and a Ph.D. from Princeton University in 1976. 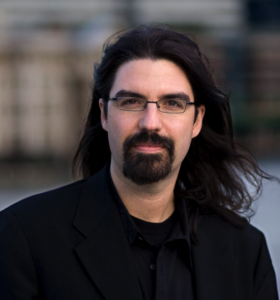 After working fifteen years in public libraries in Indiana, Dr. Michael Stephens is currently an assistant professor in the School of Library and Information Science at San Jose State University. He was previously an assistant professor at the Dominican University Graduate School of Library and Information Science in River Forest, Illinois.

His research focuses on use of emerging technologies in libraries and technology learning programs. His teaching interests include emerging technologies and library services, social software, social media, digital library services, virtual communities, user-centered planning for libraries, Internet users’ information needs and behaviors online, and future roles of librarians and libraries. He currently writes the monthly column ”Office Hours” in Library Journal exploring issues, ideas and emerging trends in library and information science education. Dr. Stephens has spoken about emerging technologies, innovation, and libraries to audiences in over 26 states and in eight countries. He also runs Tame the Web, a website focused on libraries and technology.

He was the 2009 CAVAL Visiting Scholar in Australia, researching the effect of Learning 2.0 programs in Australian libraries. Through the US Embassies, he has presented and lead workshops in Germany, Switzerland and Turkey. Selected publications include two ALA Library Technology Reports on Web 2.0, two years of the monthly ”Transparent Library” column with Michael Casey in Library Journal, and other articles about emerging trends and technology in various professional and scholarly journals.

Stephens is a graduate of the Indiana University School of Library and Information Science. He received an IMLS doctoral fellowship at the University of North Texas for his doctorate, was named a Library Journal Mover and Shaker, and received the 2009 Association of Library & Information Science Educators Faculty Innovation Award as well as a 2009 University of North Texas Rising Star Alumni Award. Dr Stephens speaks nationally and internationally on libraries, technology, and innovation. He is fascinated by library buildings and virtual spaces that center around users, participation, creating content, and encouraging the heart. 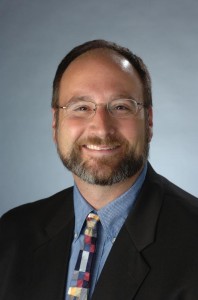 R. David Lankes is a professor and Dean’s Scholar for the New Librarianship at Syracuse University’s School of Information Studies and director of the Information Institute of Syracuse. Lankes has always been interested in combining theory and practice to create active research projects that make a difference. Past projects include the ERIC Clearinghouse on Information and Technology, the Gateway to Education Materials, AskERIC and the Virtual Reference Desk. Lankes’ more recent work involves how participatory concepts can reshape libraries and credibility.

Lankes is a passionate advocate for libraries and their essential role in today’s society. He also seeks to understand how information approaches and technologies can be used to transform industries. In this capacity he has served on advisory boards and study teams in the fields of libraries, telecommunications, education, and transportation including at the National Academies. He has been a visiting fellow at the National Library of Canada, the Harvard School of Education, and the first fellow of ALA’s Office for Information Technology Policy. His book,The Atlas of New Librarianship won the 2012 ABC-CLIO/Greenwood Award for the Best Book in Library Literature.

The Salzburg Curriculum is designed to bring together the training processes for both library and museum professionals in order to align them with each other.

The Salzburg Curriculum - Libraries and Museums in an Era of Participatory Culture
Gommero Theme powered by WordPress.